For the fifth year in a row, the fabled Hard Rock Hotel and Casino played host to the Adult Entertainment Expo in Las Vegas this past week.  Accompanied by the AVN Awards, which are the equivalent of the Oscars for the porn industry, the AEE is the largest gathering of its kind in the world.  Every January, hundreds of actors, industry affiliates  and novelty manufacturers flock to Sin City to rub shoulders with fellow adult film professionals, longtime fans and new enthusiasts who, now that the internet rules the adult industry, have unprecedented access to both video content and up-to-the minute news.  If ever, pornography has, at least in terms of availability, gone “mainstream”.

Derrick Wood (yes, thats the name on his show pass!) knows a little something about the “streaming” behind mainstream adult content.  A software engineer by trade, Wood and his cohort helped not only pioneer some of the internet-based content delivery platforms, but also constantly revise and refine the technology that makes porn sites consistently among the most cutting-edge on the web today. “I saw this coming for quite some time, back when DVD’s were still the rage, but I never quite envisioned this.  San Fernando Valley (the longtime hub of the adult film industry) and Silicon Valley have met and fell in love.  Looks like a match made in Heaven.”

Other guests found their matches made in Heaven out on the Fan Fest floor.  We caught up with Kyerra Schilling, a Sarasota Florida-based administrative assistant, who had stood in line for over an hour to get a photo and autograph of the lovely Riley Reid.  “This industry has done great things to blur the lines of gender and sexual orientation.   I think it’s amazing”.  Attending the convention for the third time in as many years, Schilling added “when it comes right down to it, the adult industry in freedom of speech at its best.  It makes me proud to be an American.”

Although early fan feedback seems overwhelmingly positive and the attendance numbers, not yet official, point to near-record crowds, the crowd itself was not without dissenting voices.  “It’s just not the same as it was about a decade ago” exclaimed Maxwell McGrath, a longtime electrician and AEE attendee here in Southern Nevada. Reminiscing about what he considers the Good Ol’ Days of the industry, McGrath adds, “and when this show was at The Sands (convention center), it was a real event.  People dressed up for it, people networked and were courteous.”  Remarking on the commercial nature and focus on rapid sales and turnaround of the internet boom, McGrath concludes “kind of reminds me of that famous line from Boogie Nights when Burt’s (Reynolds) character asks about the switch from film to videotape: It is what it is.” 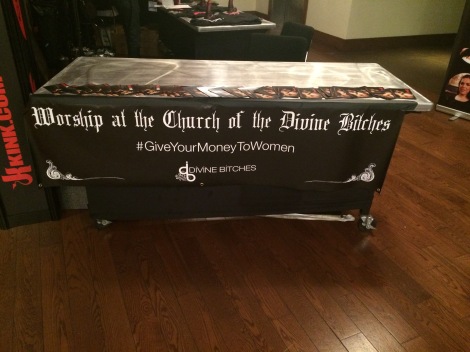 It appears religious freedom and gender equality are both alive n’ kickin at the 2016 Adult Entertainment Expo!

(Be sure to check back frequently for our soon-to-be posted exclusive coverage of the AVN Awards Red Carpet and After-party celebrations this evening, and our comprehensive new product review from the 2016 Adult Novelty Expo.) 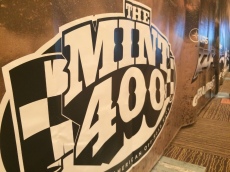 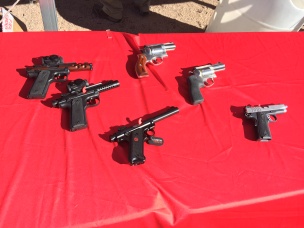